It was PT Barnum who famously said “Always leave them wanting more”, and I believe that U2 took that piece of advice to heart. There are almost innumerable pieces of music out there that are known to exist but which have yet to see an official release of any sort. A few of these are high on my personal “want” list, and hopefully they’ll be something that we can all add to our collections some day. 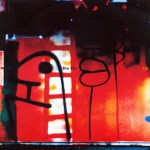 The first piece of music that falls under this category for me is Bono and Edge’s score for the Royal Shakespeare Company’s stage production of A Clockwork Orange from the early ’90’s. “The Fly’s” B-side “Alex Descends Into Hell For a Bottle of Milk/Korova 1” is taken from this production and it definitely piqued my interest with its unusual mixture of hip-hop, industrial rock, and classical music. Anthony Burgess, who wrote the novel that the play was based on, was critical of the music, but I’ve long had a feeling that U2 fans might have a different opinion if they were given the opportunity to hear it. 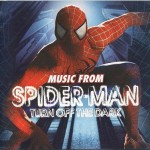 The second piece on my list of unreleased wants is the material that U2 recorded with producer Rick Rubin back in 2006. “Boy Falls From the Sky”, “Window in the Skies”, and “The Saints Are Coming”, all of which I absolutely adore, are three pieces which have been released from these sessions, and bootlegged recordings reveal some other songs that have a compelling quality to them. 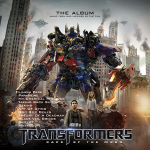 The final song on today’s list is “North Star”, which was premiered in 2010 at a 360 show in Italy. The song was played fifteen times and became my favorite of the then-new songs that the band played that summer. A studio version was recorded, and a snippet can be heard in 2011’s Transformers: Dark of the Moon motion picture but the song has yet to see an official release of any kind. Based on the snippet in the movie, the song has a modern yet classic feel that excites me each time I hear it.

I love that despite having released thirteen LP’s and numerous other singles and mini-albums, there are still plenty of goodies left in U2’s vaults. Hopefully, some of these will see the light of day at some point in the not too distant future. Feel free to list some of your own want-list of unreleased U2 music below.