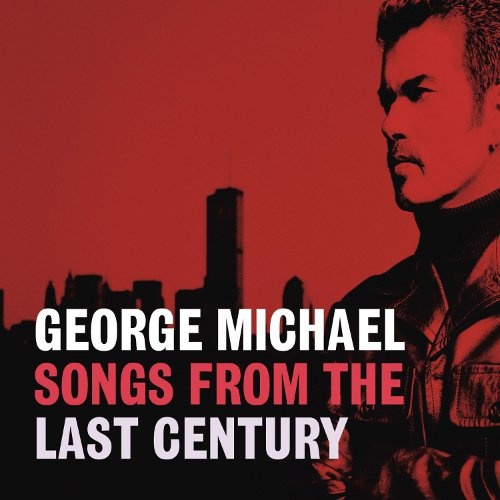 I’ve never been a fan of George Michael’s music. It’s always seemed to me to be the very embodiment of the shallow sort of disposable pop that U2 work to avoid, and that I personally eschew as a matter of taste. There’s nothing wrong with a harmless little pop ditty if you’re out with the friends at a club or if you just want something to be on in the background, but for active listening, I think we can all do much better. I guess it’s what Bono used to describe as “wallpaper music”, and I think that that term nicely sums up my feelings on George Michael’s music.

You might be asking yourself, “This is a U2 column, on a U2 web-site. What’s with all this George Michael talk?” to which I’d reply, “I’m glad you asked!”. Back in 1999, George Michael released an album titled Songs From the Last Century, which consisted entirely of covers of songs which were, presumably, Mr. Michael’s favorites from the 20th century. Normally, I’d never have given this project a second glance, but I discovered, by way of my employment at a record store, that one of the songs being covered was the Passengers single “Miss Sarajevo”. I was absolutely shocked that Mr. Michael was covering this relatively obscure gem from U2’s catalog, and I bought the record the day it came out and rushed home to hear his interpretation of one of U2’s favorite songs that they’ve ever recorded. 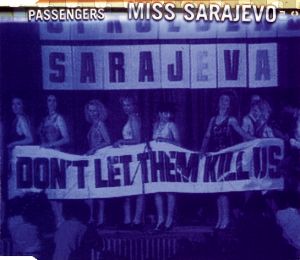 Looking back to that day, some fifteen years ago, I don’t know why I was surprised, but I was. I’d hoped, believed beyond any reasonable consideration, that Mr. Michael, being the professional that he is, would manage to take this beautiful song about grace in the face of horrible odds, and fashion a moving cover that did credit to the subject matter. What I got instead is the most washed-out, colorless, emotionless, worthless piece of tepid crap ever recorded. It tries to be smooth jazz, and I concede that the instrumentation and arrangement aren’t entirely devoid of merit, but they certainly don’t convey any sense of import or give any hint of the emotional weight that this song deserves. Mr. Michael’s vocal is even worse I could almost – almost, mind you – forgive this if he had really sold the mood and feeling of an intimate little jazz club that the music is striving for. The sad fact is that the singer simply doesn’t have the chops for it. His voice is weak and thready, completely lacking the warmth, humanity, dignity and range that are called for by either Bono’s original lyrics or the arrangement or Mr. Michael’s own choosing. Even worse – and I suspect that this is because Mr. Michael knew that he simply couldn’t do it justice – the opera part has been excised entirely. There’s a part of me, I’m sure the same part that believed that this could be anything other than the complete waste of time that it is, that wants to at least give credit to Mr. Michael for his adventurous choice of song to cover, but, honestly, it’s hard to hear this as anything other than an insult. I don’t usually like to write wholly negative reviews of anything, but I have to warn you, one U2 fan to another, don’t make the mistake that I made. Avoid this like the plague.

One thought on “Covering U2 – George Michael’s “Miss Sarajevo””