The next installment in my 12-part series on Bonoisms (at this point, I’m determined to stretch it that far) will focus on Bono’s use of codas. According to an online source I didn’t get the name of (thanks, unnamed source!), a coda is a concluding passage of a song that forms an addition to the basic structure. Not every song has a coda; the performer may choose to add one if he wishes to augment the original conclusion of the song. And in Bono’s case, he wishes to augment said conclusions quite often. Here are the top three U2 codas that fans are most familiar with – the ones we can confidently categorize as Bonoisms. 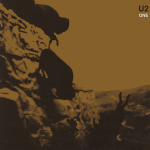 The coda to “One” is a given in every live U2 show. Its two most common constructions are:

The same exact construction, substituting “them” for “me.” This did not become a common variation of the “One” coda until the song became the anthem for Bono’s third world debt cancellation causes, so we’ll pinpoint its origins somewhere in between the Popmart and Elevation tours. Remember when he was performing it solo, performing it with REM, performing it at the White House, performing it with anyone and everyone? That’s the time frame I’m talking about.

Now I can’t say for certain, but it seems quite plausible that “One” has been played with the coda at every show since Zoo TV – so if you don’t hear Bono sing “One” with the coda, you are not at a U2 concert. Leave the venue immediately and seek a refund. 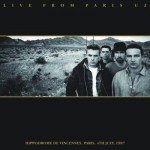 This is another staple U2 coda that makes Bono the incredible performer he is, which is what easily classifies it as a Bonoism. Ever since the Joshua Tree tour, variations of this coda have been added to the conclusion of “With or Without You”:

Then, back to the chorus – unless he elects to conclude the song with “one heart, one heart,” which is occasionally the case. Other variations of the “Shine Like Stars” coda are substituting “winter light” with “winter night” – or  my personal favorite, “it’ll be alright.” One thing I love about this Bonoism is that he referenced “one love” four years before he recorded it as an official song lyric; of course, we all know that lyric to be part of “One.” Anytime I hear the origins of a well-known U2 lyric inside an earlier recording or performance, I’m a happy fan. “With or Without You” may indeed be one of the most recognizable U2 songs of all time, but for fans who attend their shows, the song just wouldn’t be the same without “Shine Like Stars.”

3. The “Running to Stand Still” Codas, a.k.a. “Still Running” and “Hallelujah” 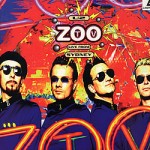 Every so often, a U2 song benefits from not one, but two codas; arguably, the best example of this is “Running to Stand Still.” The original coda that was performed on the Joshua Tree tour was “still running,” which was a chant the audience would repeat after Bono. The process of Bono singing “still running” and the audience echoing the phrase would go four or five times before the song concluded. This was a great refrain, but by the Zoo TV tour, a new Bonoism would emerge for “Running to Stand Still”: the “Hallelujah” coda.

Although singing “Hallelujah” at the end of this song about heroin addiction was originally just one of the many theatrical displays that characterized Zoo TV (Bono would slowly roll up his sleeve and mimic the act of injecting himself as a lead-up to the coda), “Hallelujah” is now a coda that he regularly attributes to other causes. It has been used as a reference to Aung San Suu Kyi, or as a dedication to soldiers fighting in Iraq and Afghanistan; other times, he makes no reference to any particular dedication. Some could argue that the two “Running to Stand Still” codas are the very reason this song will always be in high demand among U2 fans. Be honest: Wouldn’t you be upset if they stopped playing it?

Send Me Your Codas!

So there you have it, friends: three codas that make the cut for Bonoisms. I’ll do my best to come up with more for next time; if you can think of any that should be included, let me know in the comments!

U2 history seeker in the radical center. The air is so anxious; all my thoughts are so reckless. Contact via Twitter at @U2RadioBrook.