Any serious U2 fan speaks fluent Bongolese, that mystical language in which Bono sings in indecipherable babble in between a song’s actual lyrics. But, dear reader, do you know your Bonoisms? 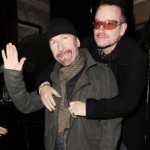 It should go without saying, but I’ll remind you anyway: Bonoisms are entirely different from Bongolese. While several U2 fan outlets have addressed Bonoisms and each one defines them slightly differently, this U2 Radio blogger is hereby defining Bonoisms as things Bono may be likely to say or sing (aside from standard song lyrics) during a U2 concert. There are dozens of Bonoisms that every U2 fan should know; it’s essential, really, if you want to be able to predict what your favorite frontman will be saying the next time you see him live (and why wouldn’t you? That’s half the fun of going to the show).

Some of the most beloved and well-recognized Bonoisms heard throughout U2’s stellar touring history will be explored here, in this first installment of my 12-part series on Bonoisms. Okay, maybe not 12. But there’s no way to fit them all into one installment, so let’s just see where this takes us. First, we’re going to start with one of my personal favorite Bonoisms: introducing the band. 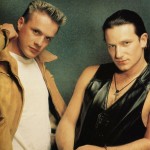 In the early days of U2, Bono’s introduction of the other band members – Edge, for example – may have gone something like this: “Do you know who this is? This is The Edge!” Short and lively, yes. But as the years went on, Bono’s band introductions got much better. By the early 2000s, they had evolved into something far more amusing and ironic. If you know your Bonoisms, you remember with fondness the Elevation Tour introduction, “Even his mother calls him The Edge.” Now that’s an introduction!

Nowadays, Bono taps into the wisdom that comes with maturity and a 35-year career to formulate band introductions that are legitimate narratives. I mean really, these suckers are long. During the 360 Tour, Bono’s band member introductions were actually geo-targeted – meaning, he took the time to compare each one of them to someone or something emblematic of the city in which U2 was playing.

Here’s an example: At the record-breaking Rose Bowl show in October 2009, Bono compared his bandmates to movie stars to symbolize their presence in LA. Larry was James Dean (yes!), Adam was Clark Gable (perfect!), Edge was the “mad scientist/visitor from outer space” (of course!) – and as for Bono himself, he was “Arnold Schwarzenegger and Danny DeVito, with a little Dennis Hopper thrown in” (sure, why 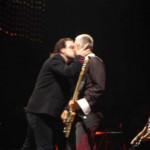 not?). If you want to treat yourself to a fun night of Bonoisms, scan through some YouTubes of various shows on the U2 360 Tour to find Bono’s band member introductions. Tip: They usually come before “Still Haven’t Found.” You’re welcome!

Knowing your Bonoisms is one of the best things about being a U2 fan. There are few ways to feel closer to Paul David Hewson than being able to accurately predict what he may say when you see him perform live – so if you don’t know your Bonoisms, start studying up on them now! Listening to U2 Radio is one of the easiest ways to do it; the live songs are chock full of Bonoisms (that’s a hint for next time). Until then…