“We’re not gonna go to London. We’re not gonna go to New York City. We’re gonna stay and base our crew in Dublin. Cos These people. This is OUR TRIBE!” As I am sure all of you are aware, Bono made that pronouncement at Slane Castle. On that day, 1st September 2001 as I roared with approval along with 80,000 others, I was in no doubt about how much this band was loved at home. What I didn’t realise was that the rise in social media would give ‘the begrudgers’ a whole new outlet to vent their hate.   I only got a ticket for Slane through a friend of a friend. I had queued in the rain (twice), and I had my wife hanging on the phone and I still missed out on tickets. Slane 1 sold out in minutes, and in a move never seen before or since, Henry Mount Charles allowed a 2nd concert take place. U2 were once again “rock’s hottest ticket”. Bono had announced at the Grammys that U2 were reapplying for the job of best band in the world, and by the time Slane came around, they appeared to have reclaimed their crown. The first of September, 2001, was an incredible day. Once again, for me it was U2 and the Irish football team intertwined. Ireland played Holland at Lansdowne Road in a winner takes all match. The winner went to the world cup in Korea and Japan, while the loser just went home. Unfortunately, this created a problem for me. You see, I had a ticket for Slane AND a ticket for the match. What to do?? I HAD to be at the match, but I was ABSOLUTELY going to see u2. I decided that I would drive to the match, and then to Slane (about 65km or so). Again, Ireland delivered, beating Holland 1 -0. The stadium was rocking, and when during half-time, they played “Pride” over the PA, it was like U2 had entered the stadium!! The place went wild. At the final whistle I said “goodbye” to my friends and ran to the car to make my way to Slane. I got to Slane in plenty of time, and after finally getting a signal on my old Nokia, made contact with my friends who were among the 80,000 people before me as I stood at the top of the hill. There was much hugging and high-fiving as we discussed the match (it had been shown on the screens at Slane). What followed has become part of U2 history and Irish folklore. It was an amazing day. Ireland was going to the World Cup, and U2 were on top of the world. 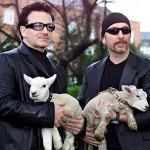 Bono was still getting stick for keeping the company of people like George Bush and hugging Vladimir Putin, but most people seemed to get that in order to do good sometimes you have to shake the hand of the devil. As Bono’s profile as an international philanthropist and humanitarian grew, so it seemed did the dislike for him in Ireland. To begin with, it was mostly ridicule, articles about how Bono was being used by politicians, how he had a simplistic, naive view of the problems Africa faced. There was always those that just disliked Bono for no apparent reason other than he was Bono. There were also the ill-informed who always trotted out the idiotic “why doesn’t he give his own money” line. I spent many wasted hours in discussion with these people. I’d say that (A) they had no idea how much of his own money he donated and (B) he actually wasn’t asking for money, he is asking for the debt of the country to be dropped, something that would benefit them and us. It was always dismissed “Pah! He thinks he’s God”, but, on the whole, the early part of the 00’s was a positive time. From the rooftop performance at the Clarence to U2 being awarded the Freedom of Dublin in 2000. 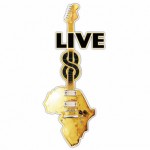 By the time the Vertigo tour came around, U2’s star burned even brighter than it had four years previous. For the first time ever, a band would play Croke Park on three nights. This time, (after Larry stepped in) tickets for three Croke park concerts were obtained easily enough. Also, Thanks to 240,000 tickets being available, for the first time, people that usually would not go to see u2, either because they couldn’t get a ticket or weren’t really that into them, had a chance to experience u2 live. Not much had changed in how people felt about Bono. The three nights in Croke Park were a huge success. It seemed to me that the whole country was talking about U2. In the weeks leading up to the shows one radio station kicked off its breakfast show with a U2 song every morning. There was a huge sense of pride in U2 again, which was only enhanced when they opened the Live8 concert in London a week or so later. It’s worth mentioning that in the first half of the 00’s, Ireland was in the middle of an economic boom. People had jobs, people had money, everything was positive. Ireland was a prosperous place, and we were comfortable with having the biggest band in the world. Little did anyone know, however, that this prosperity was built on sand. Still, in 2005 everyone was happy with their lot.   Things started to change in 2006 when it became known that, due to a cap being placed on the Artist’s Exemption Tax, U2 had moved the publishing part of their business to the Netherlands. It was the confirmation of some long-held beliefs that Bono (they always only ever speak about Bono) was indeed nothing more than a “hypocritical capitalist pig”. The Artist’s Exemption Tax scheme was set up in 1969. It was a very innovative and inspired scheme which allowed struggling artists of all genres to live and work at home in Ireland by making their published work tax free. However, by 2006, the recession was starting, and one of the first areas targeted was the Artists Exemption. A cap of €250,000 on earning was put in place, so that after this threshold was reached, normal tax fees would apply. For the vast majority of Artists who earn little or no money from their art, nothing would change, but for a few like U2, Enya, Seamus Heaney, Meave Binchy, etc it meant a new, substantial tax bill. By moving this element of their business out of Ireland, thus avoiding paying tax on roughly a quarter of their earnings, U2, and Bono in particular, lost an awful lot of credibility, Credibility that they have never fully regained. Tax-dodging (as some see it, and as some media were happy to report it) was bad enough. But to do it just as the economy collapsed, as people were losing jobs and houses in record numbers, as once again a generation of young Irish people faced a future of the dole queue or emigration, gave those affected a focal point for their anger. By now everyone in Ireland had something to say about Bono. A friend of mine, a man in his 70’s, hates – literally hates – Bono. Now, my friend is a lovely man, but if Bono pops up on TV he sees red “That so and so!! What has he ever done for Ireland?” I used to reel off all the things Bono HAS done for Ireland, but I eventually figured out that disproving the theory that Bono did nothing for Ireland did nothing to diminish the dislike which my friend feels for the singer. Also, by 2006 social media was becoming more and more prevalent, affording a faceless voice to the many who were only to happy to tell anyone who’d listen how ashamed they were that Bono was Irish.   I often respond to people that accuse u2 of not paying tax in Ireland by saying they pay more tax per year than most of us will pay in a lifetime. They have contributed more money – directly, through their decision to reside in and run their business from Ireland,  and indirectly, through nearly 40 years of concerts and tourism – to the Irish economy than will ever be appreciated or recognised. U2 could easily up sticks and pay NO TAX in Ireland if they chose. Ironically they would probably be more appreciated if they did. Bob Geldof, a man that hasn’t resided in Ireland for over 35 years is held in such high esteem as a “great Irishman” that it appears not living in Ireland and not contributing to the Irish economy at all is preferable to living here and paying millions in tax!! I do think that the timing of U2’s decision to move their publishing out of the country was poorly timed. To be honest, there is a part of me that thinks “you benefitted hugely from the artist’s exemption. Would it be too much to give a bit more back?” Unfortunately, and on balance wrongly, U2 will always have this ‘tax dodgers’ tag thrown at them, in Ireland, at least. 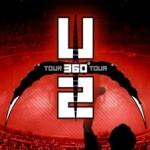 The last time we saw U2 in Dublin was (Slane & New Year’s Eve aside) better than I’ve ever seen them. Another three night stint in Croke Park was once again a huge success, and coming out of the Friday night concert I met my brother, who had been in a different part of the stadium and who is not a U2 fan. His assessment of the concert was this: “There is just something about being in the same place as U2. Its like Elvis or Frank Sinatra! There’s just something special about being there when they are” I think that kind of sums up a U2 concert. There is just something special about being there. It’s now almost 5 years since those concerts and we still await a new album. Bono still does, as I suspect he always will, provoke extreme negative reactions in some people in Ireland and as u2 (and all of us) get older, u2 will become less & less relevant to young Irish people. What I have also realised while writing these articles is how lucky I have been to be part of the journey. For over 30 years, U2 have been a huge part of my life. I am incredibly proud to be from the same city and to have been lucky enough to witness first-hand some of the seminal moments in U2’s career, and I am sure that in the fullness of time, Dublin will appreciate what it had in U2. No one knows what the future holds, but I firmly believe that Irish history will judge and value U2 in much higher esteem than it does today.