Very few artists who are not members of U2 can claim that they’ve contributed to a U2 record, and most of those who can are producers. Daniel Lanois is a personal favorite with that connection to the band, Gavin Friday is a long-time friend of Bono’s whose name will very occasionally pop-up in the credits. Willie Nelson, of  course, performed the song “Slow Dancing” with the band, and then there’s Johnny Cash. One of the most beloved and celebrated figures in all of American music. A complicated figure with an iconic voice and an obvious kindred spirit to U2, there’s more than one U2 story involving Johnny Cash, but the most famous example of synergy between the two camps came in 1993, when Johnny contributed vocals to the final song on U2’s Zooropa album, a track called “The Wanderer”. 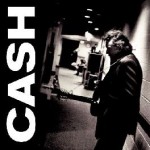 This article isn’t about that song, though. Instead, our focus today is on another example of collaboration between these two superstars, Johnny’s cover of U2’s “One”, from his album, American III: Solitary Man, released in the year 2000. The song “One”, of course, needs no introduction to even the most casual U2 fan, and for many of us, it’s become something that we’re a little sick of, despite the fact that it’s been celebrated by critics and audiences alike as one of the greatest songs of all time. Johnny’s cover came during the final stage of his career, when most of his releases were cover songs – other famous songs that he covered around this time were Nine Inch Nails’ “Hurt”, Tom Petty’s “I Won’t Back Down”, and Depeche Mode’s “Personal Jesus” – and coming from the perspective of the octogenarian singer, the song takes on a whole new life.

If you’re not familiar with Johnny Cash, a few important points for the purposes of this article are that he met the woman he was married to for the last 35 years of his life, the love of his life, by most accounts, while he was married to another woman. He had long, storied battles with addiction, but also famously turned his life around when he found religion. The thing to take away from the above is that he did not have an easy life, nor did he always make life easy for those he loved. I’ve always found Cash’s candidness when discussing his mistakes to be refreshing, and when he sings lines like “did I disappoint you, did I leave a bad taste in your mouth?”, or “is it too late, tonight, to drag the past out into the light” it’s coming from a perspective of someone with a sordid past, a worldwide celebrity whose past had been dragged out into the light countless times, in movies, interviews, books, – just about every format one can conceive. A man who, at various times in his life, had doubtlessly disappointed many people, from millions of fans to his closest family members. When Bono sings those lines, there’s a little bit of venom in it, a tinge of sarcasm. But when Cash sang it, his voice was weary with time and regret.

When Bono sings “One”, I normally think of reconciliation in the face of differences that there’s no getting rid of. It’s kind of begrudging, “Yeah, I know that we’ll never agree on this, but that doesn’t mean we can’t still do

what we should”, but from Cash, I always hear “*sigh* I know I f***ed up, and I’m sorry. I’d make it up to you if I could, but there’s just not enough time for that.” It’s resigned and regretful and wishing that he had it all to do again. Not that he’d do it any different, mind you, but with those mistakes would be repeated with full knowledge of the possible consequences. The lessons of a life lived to the fullest. It’s the continuation of the conversation that was started with “The Wanderer”, when Cash sang “I went out…to taste and to touch, and to feel as much, as a man can before he repents.” In “One”, he’s tasted and touched and felt, and he’s left looking out over what’s left, the good, the bad, and the ugly. Never sorry for what he did, but sorry that people got hurt because of it.

I think that that’s what growing up is all about, isn’t it? Learning from our mistakes, not repeating them, but not being paralyzed with guilt over things we can’t change. That’s the kind of life I hope to live, anyway. After all, one life is all any of us have. Like Johnny Cash, I hope to live mine to the fullest.