The U2 world is definitely buzzing this weekend – big doings up in New York City. First, it seems there’s to be a fan-attended event on Sunday evening, most likely a rehearsal, if you ask me. Before we get into what the rehearsal is for, though, I want to talk about that phrase, fan-attended, which is important for several reasons, not the least of which is that it means that those lucky enough to attend can let the rest of us in on what’s happening. Just as important, though, is the fact that it’s another step on the road back from the self-imposed isolation that U2 have been in for the past couple of years. Yeah, the Super Bowl ad was a big, exciting, public start to that journey, but this will be the first serious interaction that the band’s had with fans since the new material has started appearing. Even better, the following night, U2 are to be the musical guests on the first episode of a new iteration of NBC’s long-running variety show, The Tonight Show. 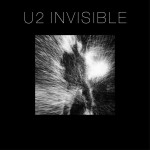 I thought I had the band’s plan all figured out, but when news broke late Friday evening that Bono had mentioned on CNN that Ordinary Love was to make an acoustic appearance on the Tonight Show with Jimmy Fallon, my expectations were completely upended. Just a few days earlier he’d stated that Ordinary Love would only receive one live performance, and that would be at the Oscars. I naturally assumed, based on that report, that Invisible would be played on the Tonight Show. Watching the CNN interview, however, made it clear that Bono doesn’t consider an acoustic rendition to be a “real” performance. This set up a whole new series of expectations in my head, and it went something like this. It now seems that Ordinary love was originally released to serve a similar purpose to Ground Beneath Her Feet when it was released following the perceived failure of Pop and months In advance of All That You Can’t Leave Behind, that purpose being to test the waters and see if there was still interest in U2. When Mandela died, though, that plan had to be rethought, because the band truly felt they couldn’t promote it without seeming mercenary. That brings us to Plan B, also known as Invisible, which has now shown that there is still an audience for the band. That accomplished, U2 have no real stake in promoting Invisible right now, especially if the album is still a ways off. Bono has already said that it’s not to be considered the first single from the album. So now, it’s back to the business of doing what they can to win that Oscar, which I believe to be very important to the band, Bono in particular. 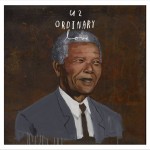 It will be Interesting to see what happens. If all they’re planning is an acoustic rendition of Ordinary Love, I’m not sure why they feel they need a rehearsal. That makes me think we might be getting two performances. Additionally, if all we get is an acoustic song, no Larry or Adam, that speaks to the band’s state of mind still being a bit unsure. That’ll mean that they’re not quite ready to resurface. If, however, they play two songs, that’ll give us a clue that the hiatus, so to speak, is almost over. So now, we’re facing a Paul Revere situation. One if by land, two if by sea. One song, an acoustic Ordinary Love, if they’re there simply promoting the song with the Oscars in mind. Two songs, the former and a full band version of Invisible, and we U2 fans might have a bit more to celebrate. Then again, they might just play One and I Will Follow. If that happens, I’m predicting several more months of winter.