Someone requested that I write about “Volcano” for this week’s U2 101, and I always do my best to meet requests, so here goes. There’s been a fair amount of talk about “Volcano” since the album came out, and a lot of that has been recommending the song for a future single release. I can definitely see why – it’s this album’s answer to “Crazy Tonight” – the fun song in the middle of the record that serves to break up the onslaught of heavy, emotional songs. Even more so with Songs of Innocence than with No Line on the Horizon, that break is needed, as there’s some deeply affecting stuff in the first five songs, from Bono’s musings on his mother (who passed 40 years ago) on “Iris” – the song immediately prior to “Volcano” – through to the poignant observations on the nature of monogamy on “Every Breaking Wave” a few songs earlier. “Something in you wants 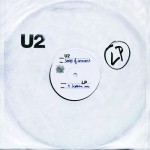 to blow”, Bono sings in Volcano’s chorus, and after dealing with the issues at hand early in the album, we all need a little time off to process and move beyond our troubles. That’s part of why sequencing is so important – some of the reason that “Volcano” works so well is that it takes advantage of the songs before it to make the listener feel the desperate need for the night on the town that the song talks about. It’s a feeling, a need, that everyone everywhere can relate to. Everybody’s got troubles, and whether your release valve is going on an all night drunk or staying in for a Scrabble tournament we all need that little time to focus on the things that make us feel better. I think that this easy relatability, this accessibility, is why the fans have connected so strongly with the song. Well, that and the fact that it’s a freaking jam, with one of Adam’s best bass lines this side of “Mysterious Ways” or “New Year’s Day”. 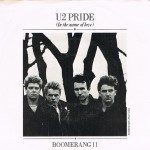 To my ears, the song recalls the mid-80’s, when artists like Duran and The Cars were pumping out self-indulgent pop songs that only served one purpose – to soundtrack the hedonistic lifestyles that that decade was all about. The funny thing is that U2 were around during that same period, but spent their time crafting tunes like “Pride (In the Name of Love)” and “I Still Haven’t Found What I’m Looking For” that earned them the reputation of having a lot more on their minds than a good time. I don’t mean to say that U2’s music nowadays is less meaningful or more disposable than it was 30 years ago, but they have learned the importance of letting one’s hair down on occasion – something that the stoic young men on the cover of The Joshua Tree seemingly couldn’t care less about. 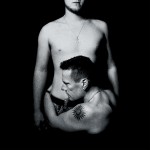 I’m almost certain that “Volcano” will be a centerpiece of whatever the band get up to on the road next year, so perhaps a more germane question at this time is whether or not the song will have an eventual single release. At this point, I really don’t know. Certainly, the song has a strong hook and features great performances from each member of the band. There’s also the accessibility that I mentioned above, which It’s hard to imagine the band and their label not wanting to take advantage of. On the other hand, though, there are just enough songs on the album that I see as stronger candidates for singles (like “Every Breaking Wave” and “Song for Someone”) that I think “Volcano” might get pushed out of the running. That’s just my personal opinion, though, and the positive response to the song proves that it’s got potential to capture both the ears and hearts of casual radio listeners. Whether it ever hits radio or not, we’ll just have to see. For now, I’m content to keep the song as my own personal go-to track for those times when I just need to get away.