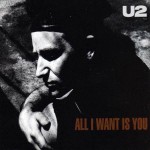 I’m gonna flip the script a little bit today and talk about a few of my favorite covers by U2. Number one has to be their version of “Unchained Melody”, from the “All I Want is You” single.

Now, full disclosure up front, the source of this song was the very first U2 single that I ever bought, way back when, I don’t even know how long ago. Despite my personal attachment to this song, it still stands up for me as an absolutely fantastic version of one of rock’s most familiar love songs.

Edge’s atmospheric guitar (hapby b-day to Mr. Edge in a few days, BTW) is breathtaking alongside the clenched-fist-intensity of Bono’s vocal. I love the lived in experience of Bono’s voice as it is now, but back in the day, yer man routinely blew the doors off, and this track is a great example of the power he possessed during the ’80s. 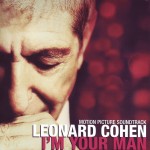 Also high on my list of personal faves is the band’s collabo with Leonard Cohen on the Canadian Songwriters Hall of Fame member’s own “Tower of Song”. Again, Edge’s guitar takes a starring role here, with a mournful wail that speaks, cries, and moans more eloquently than either Cohen or Bono ever could.

Cohen’s lyrics are every bit as dense as Bono’s are at times, but I believe that “Tower of Song” is about growing old in the service to one’s muse – the costs and rewards of living a life dedicated to art – and next to Cohen himself no one understands the demands of that life better than the 4 members of U2. 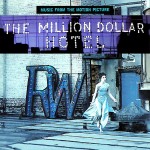 The final piece on today’s docket is the Lou Reed classic “Satellite of Love”. Now, the most immediate cover that comes to mind is the band’s version from the “One ” single, which was later performed as a duet with Lou Reed on most dates of the ZooTV tour.

I’ve got to confess – that arrangement is great, but I personally prefer Bono’s duet with Milla Jovovich from the Million Dollar Hotel soundtrack. My wife would call me crazy if she were sitting here with me as I write this, because Milla’s eccentric delivery on parts of this cover hit her like a thousand nails on the world’s most irritating chalkboard, but I love the artsy mood of the piece.

Danny Saber’s remix is interesting too, as is Bono’s solo version that’s in the movie itself, (I’d LOVE to get my hands on a complete unedited version of that!) but there’s something about the unorthodox eno-esque ambient jazz stylings of the Jovovich version that really appeals to the elitist snob in me.

Looking back, I guess I only talked about one legitimate cover by U2 as a band, but you didn’t really expect me to go the straightforward route, did you? I’ve gotta make some effort to keep things interesting, and trying to find things to talk about that you all haven’t already heard a thousand times over is the best way I can think of to do that. Even if I didn’t meet my goal 100% today, I hope that I did at least manage to get you thinking about some things that are outside of your normal taste.