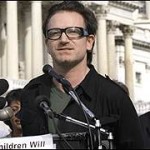 It’s time to explore Bono’s use of hyperbole. The man loves using exaggerated words and figures of speech, and it often goes unacknowledged by fans – perhaps because we are so used to it.  We know that the goal is soul, and we know that compromise is not a dirty word…but have any of us ever figured out what Bono’s favorite adjective is? It’s not “invisible,” and it’s not “bad.” No, it isn’t even “40” (remember, numbers can be adjectives). Apparently, it’s actually the word “extraordinary.” Somebody in the know alerted me to it, and I was astounded; evidently, he uses the term quite often!

Here is a whopping top 10 list for Bono’s use of the word “extraordinary,” plus two special mentions. One might say this list is quite…okay, too easy! Here you go:

1.) At Georgetown University (If you have never watched this speech, you need to see it anyways!)

3.) On Nelson and Winnie Mandela’s marriage 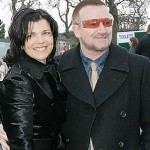 4.) Speaking of Edge’s guitar skills (of course they are!)

5.) On America’s fight against AIDS

6.) Speaking about Coldplay (Personally, I’m going to disagree with him on that one.)

7.) In reference to Radiohead (Super-duper disagree, especially in light of the rude things they have said about U2. But it just goes to show how classy Bono is.)

8.) A double whammy (The word is used by both Bono and Edge!) 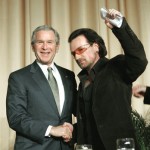 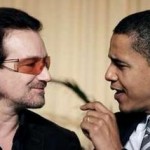 Agree or disagree with either one – you have to admit, the man is far more politically even-handed than people give him credit for. Unlike some European performers, Bono has enough respect for Americans to understand that it’s not his place to speak ill of the President of the United States – no matter who he is. Another reason to love this extraordinary man!