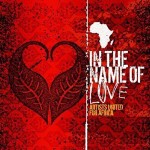 A few years ago, I was browsing through the U2 section at our local Media-Play record store, just like I always do, on the off chance that there will be something rare or unusual. I almost always walk away empty-handed, but on this particular day, I discovered something I’d not seen before. A compilation titled “In the Name of Love”. A quick peek at the back revealed it to be a cover album, and all of the band-names listed there as contributors were bands I knew to be Christian bands. I almost put the disc back on the shelf then and there – as an atheist, I don’t usually like to give money to artists who identify themselves as exclusively belonging to any religious movement – but then I noticed that some of the proceeds went toward some causes that I like to support, and I decided to take a risk. I bought the album.

Of course, as soon as I got out to the car, I opened my purchase and slid the disc into my car’s CD player. The familiar cadence of Sunday Bloody Sunday’s opening drum beat greeted my expectant ears, followed by a very pleasantly crunchy guitar riff. What came next was the best metal cover I’ve ever heard of Sunday Bloody Sunday, and I’ve heard a few, let me tell ya. Pillar was the name of the band, and although this was my first exposure to their music, I’d heard and read some good things about them previously. If this song was any indication, those complimentary write-ups were all well deserved. Although the guitar in this cover was HEAVY, which I really like, the structure of the song stays pretty close to the original, which I also approve of. Rob Beckley’s vocals were enthusiastic and intense, but, for those of you familiar with the vocabulary of metal music, accessibly clean. For the uninitiated, this  song doesn’t contain any of the otherworldly sounding grunts and growls that some associate with heavy metal, just some kick-ass rock performed by a very tight band with crushingly heavy guitars 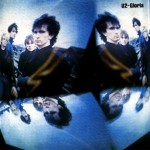 I was also impressed by Audio Adrenaline’s cover of “Gloria“. Audio Adrenaline was a band that I was already kind of familiar with. I knew that they were capable of cranking out some good tunes, and they did not disappoint one iota with their rendition of October’s lead-off cut. This is one of those songs that never fails to pump me up, especially the payoff at the end. Taking a cue from Bono’s live performances circa 1987, lead singer Mark Stuart weaves the chorus of Van Morrison’s “Gloria” through the background vocals of the Latin chants as the rhythm section pounds away. It’s beautiful, exciting and uplifting. I’m listening to it as I write this, and I literally have goosebumps. It’s amazing.

Speaking of Gloria, I should also mention that another highlight of this disc is the number of relatively obscure U2 songs that receive the cover treatment here. We already talked about Gloria, but other songs that I was surprised and pleased to see among the track-list were “40”, “Grace”, “All I Want is You“, (which Jars of Clay absolutely nailed) and “When Love Comes to Town.”

Unfortunately, the cover of “When Love Comes…” is one of the weakest tracks on the album. The singer, Todd Agnew’s voice is not unpleasant, but the style of faux-blues in which this song is performed is not one that I happen to enjoy, and this particular song is no exception. All of the grit and nuance of the original is washed away and replaced with soulless, mechanical frat rock. It also stood out to me because someone made the decision to change the lyrics. Instead of the original “I used to make love under the red sunset”, Agnew sings “I used to FIND love…” as if the idea of making love were objectionable. If they had just left it like Bono sang it originally, I doubt that anyone would have even noticed, let alone taken exception. 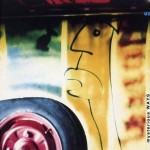 The only other track on this album that’s so bad that it’s worth mentioning is Toby Mac’s cover of “Mysterious Ways”, which sounds so blustery and aggressive that all of the subtle fun and playfulness from U2’s original is demolished in an avalanche of over-modulated guitars and digital effects, like a radio advertisement that seems to function under the belief that the listener can be bullied into buying whatever it is that’s being sold. Considering that Toby Mac was, at one time, the lead vocalist of platinum selling DC Talk, to say that I expected better is a definite understatement.

The two above examples aside, this album of U2 covers contains much to recommend it, and should offer a couple of nice surprises along the way. If you can track it down, I think that it contains much for any U2 fan to enjoy.