Some of you might have taken a look at that title, accusing U2 of “weirdness” and thought “he’s finally lost the little bit of his mind that he was holding to” but hear me out, and I think I can bring you around to my way of thinking. First of all, let’s talk about what I mean by “weird”. Googling the word “weird” gives us two definitions. The first states “suggesting something supernatural; uncanny.” and I guess that a little bit of that applies – I just wrote recently about all the ways that they’ve beat the odds over the years, after all, and I’m sure that some would attribute that to a supernatural mover behind U2’s destiny. The second definition, though, is the one that really interests me. It reads “very strange; bizarre.” and I think that fits U2 to the proverbial “T”. Before we go any further, let me assure you right here and now that I don’t think that “weird” is a bad thing. Weird is a great thing to be; it’s interesting and artistic and beautiful. I myself have had that label applied to me several times over the years and I believe that, like a certain fast food chain used to proclaim, “different is good.” 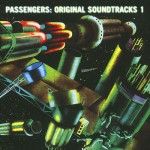 At this point, you might be thinking “Yeah, I get all that – I know what you mean by “weird”, but how do you figure it applies to my steadfast and stalwart Irish rockers?” I’m glad you asked! Firstly, let’s talk about the ’90’s. Giant Lemons, experimental songs like “Numb”,  “Lemon” and the criminally under-appreciated “Your Blue Room”, along with on-stage personalities like the Mirrorball Man and Mr. Macphisto should be enough to seal the deal, end of discussion, but I’m not ready to end this article yet. It’s also weird for the same four guys to still be in the band, making music and changing lives almost 39 years later. Then there’s the music itself – as Bono’s been fond of mentioning lately, he kind of sings like a girl. Edge actually does very little guitar playing for a lead guitarist, and the locomotive force that is Larry and Adam have completely changed everything I used to think about rhythm sections. Don’t forget those promotional gimmicks – press conferences in K*Mart stores, flatbed trucks through New York City and week-long residencies on late night shows are just the tip of the iceberg. Still not convinced? Let me lay one further example of the band’s weirdness on you: in a world where apathy is the best policy, and where 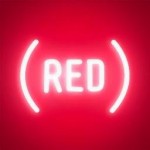 people worry more about what’s on TV tonight than they do about starving kids in Africa, U2 care. What’s more, they inspire others to do the same. How many of you are more involved in AIDS charities, “drop the debt” campaigns and “feed the world” promotions than you ever would have been if it weren’t for a little band from Dublin, Ireland parading those causes in front of you? Am I alone in that? U2 have been raising awareness for worthy causes for most of their career now, and not only is that more than a little bit weird, I think it’s wonderful, too.