This week, we’re going to address Bono’s use of the word “sound.” It’s at least a theme in many U2 songs, if not part of the actual lyrics.

If indeed the new album will be called “Sirens,” then we can logically conclude that a song or two will refer to sound (you know, because sirens are loud…or something). Here are a few examples that stand out when it comes to Bono using the word “sound.” I know there are probably many more, so please share any that I missed! 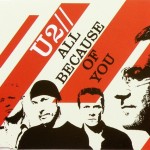 No Line on the Horizon – “I can hear the universe in her seashells…” (Not the word “sound,” but a reference to hearing a noise and therefore, sound! It counts, because I said so.)

All Because of You – “I like the sound of my own voice.” (We know. Fortunately, we like it too.) 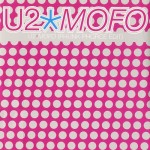 Mofo – “Looking for the sound that’s going to drown out the world…” (And taking a long freaking time doing it, says every U2 fan on planet earth right now).

Breathe – “We are people borne of sound…” (Yes, the English spelling of “borne” is correct according to the lyrics on U2.com – so there goes the theory I read once that Bono uses “sound” as a code word for “sex,” and therefore this line is about conception. You’re way off the mark, random fan who posted that on a discussion board in 2009!).

Mercy – “You’re gravity searching for the ground; you’re silence searching for a sound.” (An awesome lyric for a beautiful song that should have been on an actual album release.)

What other U2 lyrics have the word “sound” in them? Tell me in the comments if you can think of any, because I feel like I probably missed some very important and obvious ones. Or not?