In this series, we’re continuing to study pretty much everything that falls under the category “things Bono says.” This week, we’re going to address Bono’s proclivity for changing lyrics. Bono’s penchant for substituting his original song lyrics with other words seems to have begun during the Zoo TV tour, and he’s been at it ever since. Sometimes, it’s hard to tell if he actually remembers the original lyrics to a line that he’s been substituting for so many years (file that under “questions to ask Bono when I interview him someday”). Some of the best-known examples of this are during: 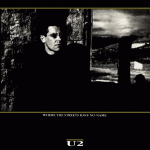 Streets (Let’s face it: This blog is for serious fans, so do I really need to write out the whole song title? It’s Streets, people):

It all started by changing one line, when, “I want to take shelter from the poison rain” became “the dirty rain.” By the Vertigo tour, though, “dirty rain” had morphed into “hurricane.” I have thought that this was perhaps a nod to Hurricane Katrina in the States (opinions?). Now, we notice Bono sometimes going back to “dirty rain” in that line – but instead of taking shelter from it, he wants to “dance, dance, dance” in it. And “high on a desert plain”? It’s just “high…so high,” unless it’s a place with “no sorrow or pain.” The consensus is that this is Bono making a reference to Heaven, so it’s good by me. 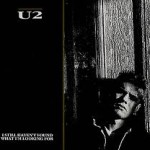 Still Haven’t Found (Again, we are shortening the titles – so try to keep up!):

I haven’t figured out at what point “this burning desire” became “I was burning inside her,” but whenever it was, it sounds like someone needed to go see a doctor (I borrowed that idea from another fan site. Gross, but good point!). Then another very Christian reference comes in the form of a lyric change later in the song, when after “You carried the cross of my shame,” the second “of my shame” is now often replaced with “You took the blame.” Those are the primary lines Bono changes in Still Haven’t Found, although there are plenty of codas he adds onto the song in various performances. Maybe we will revisit U2’s codas at another time, because I have thought of at least half a dozen more since writing that post. 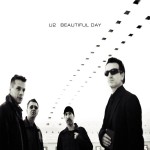 Like I said, I often wonder if Bono even remembers the original lines in songs he has amended the lyrics to for so long. What do you all think? Oh, and also: How annoying is it when you see a U2 tribute band, and they sing the original lyric – while you loudly sing the lyric you’re used to hearing from Bono now? If it’s never happened to you, trust me: It’s so annoying. Until next time!