Like most obsessive fans, I get a thrill out of discovering hidden factoids or messages left by the object of my obsession – in this case, U2. Fortunately, they seem perfectly happy to oblige my willingness to pore over every note and pixel by providing lots of odd little bits for me to find – just another thing for me to love about the band. Here, then, are my top three “hidden” messages from the band to their fandom. 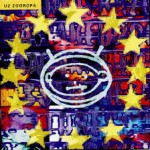 1) The obscured text on the cover of Zooropa. The cover to U2’s eighth record contains an almost dizzying amount of information, from the central figure of the Astrobaby drawing (based on the baby drawing from the Achtung Baby cover) to the obscured grid of images in the background. The most intriguing element of this cover, though, is the purple “static” that’s blocking our view of those images. If you look closely, that purple static is actually made up of letters, and a little detective work allows us to decipher some of what’s written. There are six lines of text, total. The top- and bottom-most lines of text are cut off, and I couldn’t make any sense of the text on those lines at all, leaving four that can be read. On the first of those, I’m able to make out “AKE UP DE”, a pretty clear reference to “Wake up Dead Man”, a song title that was floating around since at least the Achtung Baby sessions, and which finally appeared as the title of a released song on 1997’s Pop album. On the next line, I think that I see “WA(unclear)DER”, which points to “The Wanderer”, the last track from Zooropa. The following line contains “SSMEKILL” – which seems to refer to “Hold Me, Thrill Me, Kiss Me, Kill Me”, which was released 1995 as a single from the Batman Forever soundtrack. Finally, the last line that I’m able to make sense of reads “TDRESS”, another reference to a song from Pop, “If You Wear That Velvet Dress”. 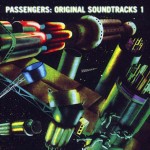 2) The liner notes to the Passengers album. Yeah, I know, whether Passengers is to be considered an actual U2 record is open for debate, but it concerns all the same guys and has impacted the band’s career, so I think that at the very least it’s OK to talk about it here. If you’ve never read the extensive liner notes included with the album, you’re missing out on some fun inside jokes, like actresses “Venda Davis”, which is an anagram for David Evans, Edge’s real name, “Tanya McLoad” an anagram for Adam Clayton, and “Pi Hoo Sun”, which is a phonetic reference to P. Hewson, or Paul Hewson, Bono’s real name. There’s also a mention of “Lurlene Clewman”, an anagram for Lawrence Mullen, and the whole thing purports to be written by Ben O’Rian (an anagram for Brian Eno) and C.S.J. Bofop, which also becomes Brian Eno when you replace each letter with the one that comes before it in the standard English alphabet. There’s lots more, but I don’t want to ruin all your fun, so I hope that you’ll read through and comment below with some of the others that you find. 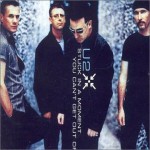 3) The U.S. video for Stuck in a Moment. There are tons of fun U2 references and inside jokes included in this video, starting with the names of the two teams, The Flys and The Lemons – references to two 90’s era U2 songs. The game is taking place at the “unforgettable Fire Dome”, on a “Sunday, Bloody Sunday”. The two coaches are named David Evans (who’s wearing a hat and has made some “edgy” plays) and Paul McGuinness. The score of the game is 41-39, the average of which two numbers is “40”, and the main character of the story is the “Angel of Harlem”, Paul Hewson, who becomes a postal worker later in life, just like Bono’s dad was. I’m probably missing a few here, too, but again, I hope that you’ll be inspired to watch for yourself and note some of your findings below.