This week’s notable show is U2’s first headlining show in a stadium, from Dublin’s Croke Park, on the 29th of June, 1985. Thinking back to that time, almost 30 years ago, it’s hard to believe that there was a time when U2 were not the global force that they are now. That’s kind of what makes this show so notable, though. After touring for years, cris-crossing the globe more than once, playing to crowds ranging from full houses to a couple of guys at the bar, U2 were returning home as conquering heroes for the first time. Of course, they would go on to reach even greater heights in the coming years, but I think that at this point, they could be said to have “made it”. They had chart hits in both the US and the UK, they had won some awards, albeit minor ones. They had built their reputation as a dynamite live-band, and were consistently selling out the arenas they had been playing in. Now they were returning to the place where it had all started. Dublin City, Ireland, as Bono has been known to call it. I imagine that the band were feeling pretty damn good on this night. There were probably some people in the audience at this show who’d seen our boys back when they were calling themselves The Hype, and had always known that they were special. There were probably just as many people there who’d attended those same early shows and thought that there was no hope for the band at all. To arrive at that stadium, to a packed crowd full of both those sets of people, and to be able to walk out on that stage knowing that you’d proven yourself, that you were a success – that’s a lot to be proud of. 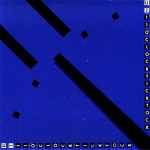 As you might expect, U2 absolutely killed it, ripping through an energetic set that included such early firecrackers as “Wire”, “11 O’Clock Tick Tock”, and “Seconds”. “Out of Control” was played for the first time in almost a year. “Electric Co” and “Bad” still stand up today as some of my favorite performances of those songs ever. The band also played a very fitting cover of Bruce Springsteen’s “My Hometown”, and listening to that made me think, not only were the band returning home, but these songs were too. “Sunday Bloody Sunday” was more than just an anti-war protest song. These people had LIVED it. “Bad” wasn’t just an ecstatic ode to overcoming the things that hold us back, it was written for and about this city. I’ve read, and have experienced for myself, that one of the great things about staying married to the same person, or having the same friends, for many many years is that you share all those memories. That’s what this is like. This town understood U2’s music in a way that those of us from elsewhere never could, because they shared a history with them. Any other time that the band played “A Sort of Homecoming”, it was figurative. Only here could Bono introduce that song and really mean it literally. “I am coming home,” Bono sang “am already home”. 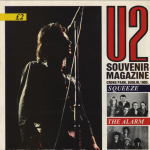 The fantastic thing about this homecoming, and everything it represented, is that they weren’t some group put together by a record label and packaged for mass consumption. They weren’t some entitled brats who’d been born into success. No, they had earned it. They had worked hard, stayed true to their principles, and still exist today as a testament to the power of a determined spirit. When I get depressed, or I start to think that I’m never going to make it as a writer, where do you think I get my inspiration? That’s right – U2. When these guys started out, they could hardly play their instruments. They certainly weren’t up to successfully playing a concert in front of a stadium full of their peers. The thought of making money at the rock n’ roll game must have seemed like a pipe dream at best, but you know what? They kept practicing, they kept touring, they kept working, and, even though it took almost a decade, they pulled it off. On their own terms. To paraphrase something Bono said near the start of the show, they lifted themselves up. It’s terribly trite and cliche, I know, but the evidence exists. With science, and the human heart, there truly is no limit.

08 A Sort of Homecoming